Which is the best football code? Here you can have it out with other football fans.
Post Reply
5369 posts

There are lies, damn lies and ratings.
Top

Agreed a disappointing crowd, but not helped by delays in announcing the venue switch and lack of promotion by the AFL.

It was very evident yesterday at the game that virtually every corporate box was empty. Heard from friends about confusion as to if Swans membership would get you into game too as many thought it was St Kilda’s home game and Swans fans would need to purchase tickets. Hope initial estimates of a financial loss for the Swans are not true.

I worry that the crowd will be well down on Queen’s Birthday too as the AFL has put zero promotion into Big Freeze 7 at the SCG from what I can tell. Yes I get it that COVID is tricky to work around but seriously… Tuesday night before Swans members are even advised via email of the switch in venues.

Swans stay in Sydney, but club will be counting the cost
By Andrew Wu
June 1, 2021


Sydney is frustrated by the late notice it has been given over its fixture switch, saying it stands to lose over $100,000 from its rescheduled home game against St Kilda.

The Swans were initially due to travel to Melbourne to play the Saints at Marvel Stadium on Saturday, starting 1.45 pm, but that game will now be held at the SCG in the afternoon slot as a result of Melbourne’s coronavirus outbreak.

Though the late change means the club now has three games in a row at home as it chases a berth in the top four, there are fears it will come at a significant financial cost.

The league had yet to announce the new fixture when the Swans emailed members on Tuesday night advising them they would be playing the Saints at the SCG on Saturday afternoon. The delay has cost the Swans two days of ticket sales. The club typically sells about 1000 a tickets a day in the week leading into a game.

The Swans drew nearly 30,000 for their Sunday twilight game against Carlton but were confident of attracting an even higher turnout for a traditional Saturday afternoon fixture.

They will also be unable to organise corporate functions due to the late notice. The estimate of a $100,000 hit by a source familiar with the issue does not take into account this lost revenue stream, so the actual shortfall could be even higher. 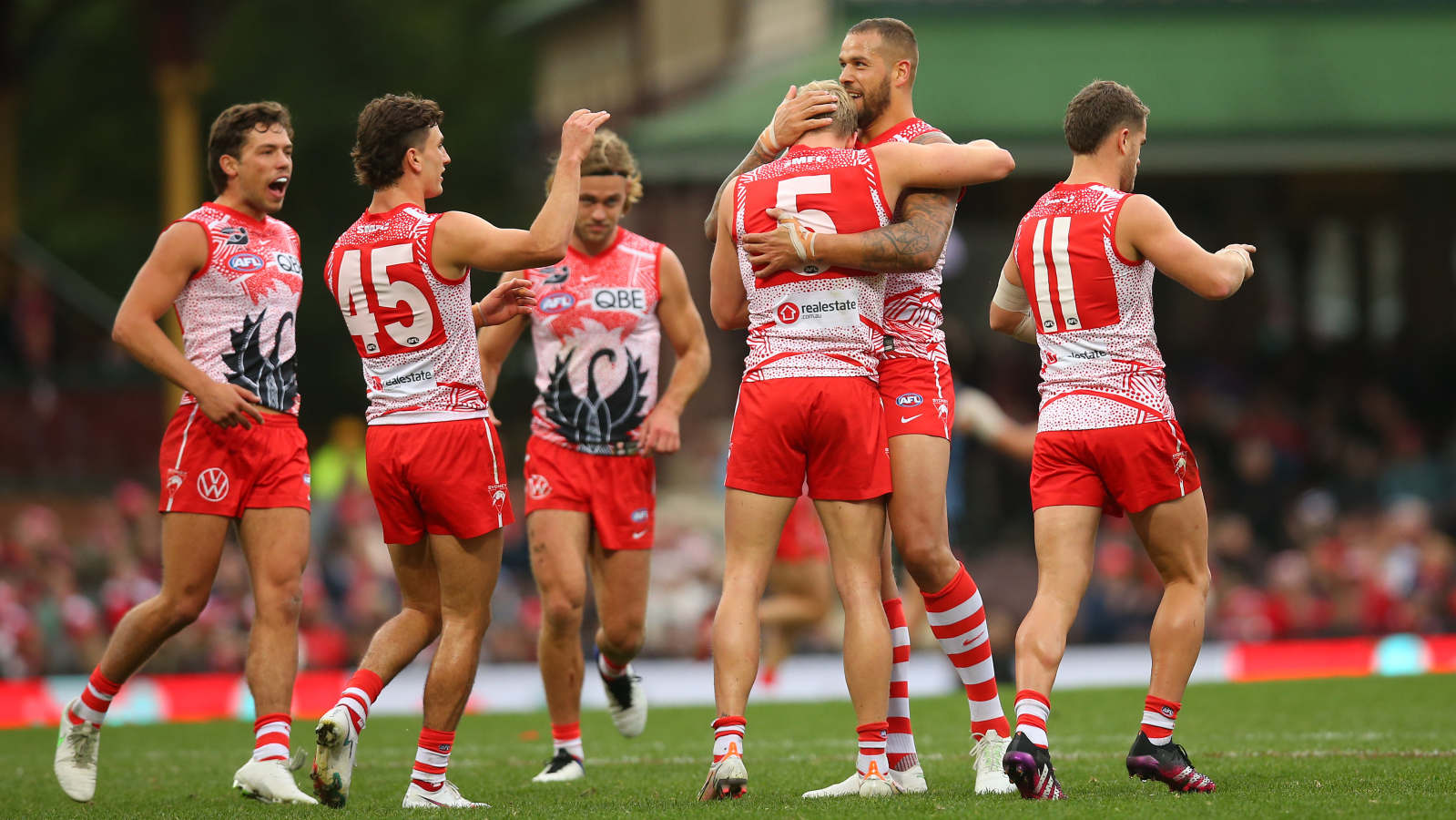 The Swans are back at the SCG this week after their game against St Kilda was transferred from Marvel Stadium.CREDIT:GETTY

Clubs have been forced to become more flexible with the schedule due to the uncertainty created by the pandemic, but the Swans are unhappy the decision to flip fixtures with the Saints was not made earlier. The two clubs were due to meet again in round 21 at the SCG.

“It’s disappointing there has been a delay in selling tickets, and I hope the Sydney public really support the game and come out in force like the last time we played St Kilda in Sydney when we farewelled a few of our superstars,” Swans chairman Andrew Pridham said.

The Swans last faced the Saints at the SCG in the final round of the 2019 season when they sent premiership stars Jarrad McVeigh, Kieren Jack, Heath Grundy and Nick Smith out on a high in front of 33,722 fans. The game was also Lance Franklin’s 300th.

The Swans, whose financial performance is usually closely tied to their on-field fortunes, posted a $6.1 million loss last year when they were unable to host games with large crowds, and returned a loss of $509,000 in 2019.

The Swans, though, are better placed than some of their Melbourne-based rivals, some of whom have either had to relocate home games interstate or stage matches in closed stadiums.

The Western Bulldogs expected to lose $300,000 after crowds were not allowed to watch their top-of-the-table clash against Melbourne at Marvel Stadium last week, the Herald and The Age reported last week.

That’s a very big crowd for a NRL game... well above the average. Well done.

As reported Yesterday
STATE OF ORIGIN GAME 1 is Sold Out

GAME 2 is also SOLD OUT in BRISBANE>

Isn't SoO usually a sell out?

yes it usually is..

though Game 2 sold out 3.5 weeks prior to match, which is impressive.

I would have thought that to be expected?

Yeah - I guess there is a different culture with rl folk and tickets. It shows when the product is good they tend to go. Sort of debunks the whole - people stay at home as better to watch on TV theory re: low crowds in NRL. And once you get the crowd you get the atmosphere. I know going to Collingwood games many years ago where there were typically 70 to 80 thousand makes the experience so much more. Crowds do give it atmosphere and I think this is why SoO is so special in one regard as the NRL rarely gets such crowds and the accompanied atmosphere. Would love to go one day - from friends in Townsville the whole town was a buzz -

for ORIGIN it generally comes down to there is only 3 Games.
not that the product of the NRL is not good enough..

but yes Atmosphere makes a game of footy that is for sure..

remember alot of NRL games may only get 12 to 16k at the games.
but besides Shitty Olympic Park, most grounds are small and rectangle
you are close to the field... it feels easily double that.
and you generally cannot fit many more in the ground.

Watching the early set up for the swans. Crowd looks a little on the light side.

Yeah I think the Swans were pissed off at the late notice making the ticket sales delayed.. they report selling a 1000 a day and the delay in notice would cost them thousands.