$20 million on offer for the A-League and W-League from Network Ten. Paramount, Stan Sport and Kayo streaming in the mix by sounds of it.

A-League to kick off Paramount’s sport ambitions
By Vince Rugari and Zoe Samios
May 17, 2021

ViacomCBS’s soon-to-launch US streaming service Paramount+ could use popular A-League and W-League football games to spearhead its entry into the crowded Australian streaming market.

However other sporting events such as the 2023 Women’s World Cup may be spread across rival television networks and streaming services as deals are finalised on broadcasting rights.

Industry sources familiar with the broadcast talks, who spoke anonymously for confidentiality reasons, said Network Ten is one of two primary contenders for the broadcast rights to the A-League and W-League, which are likely to be settled this week after a lengthy negotiation period. 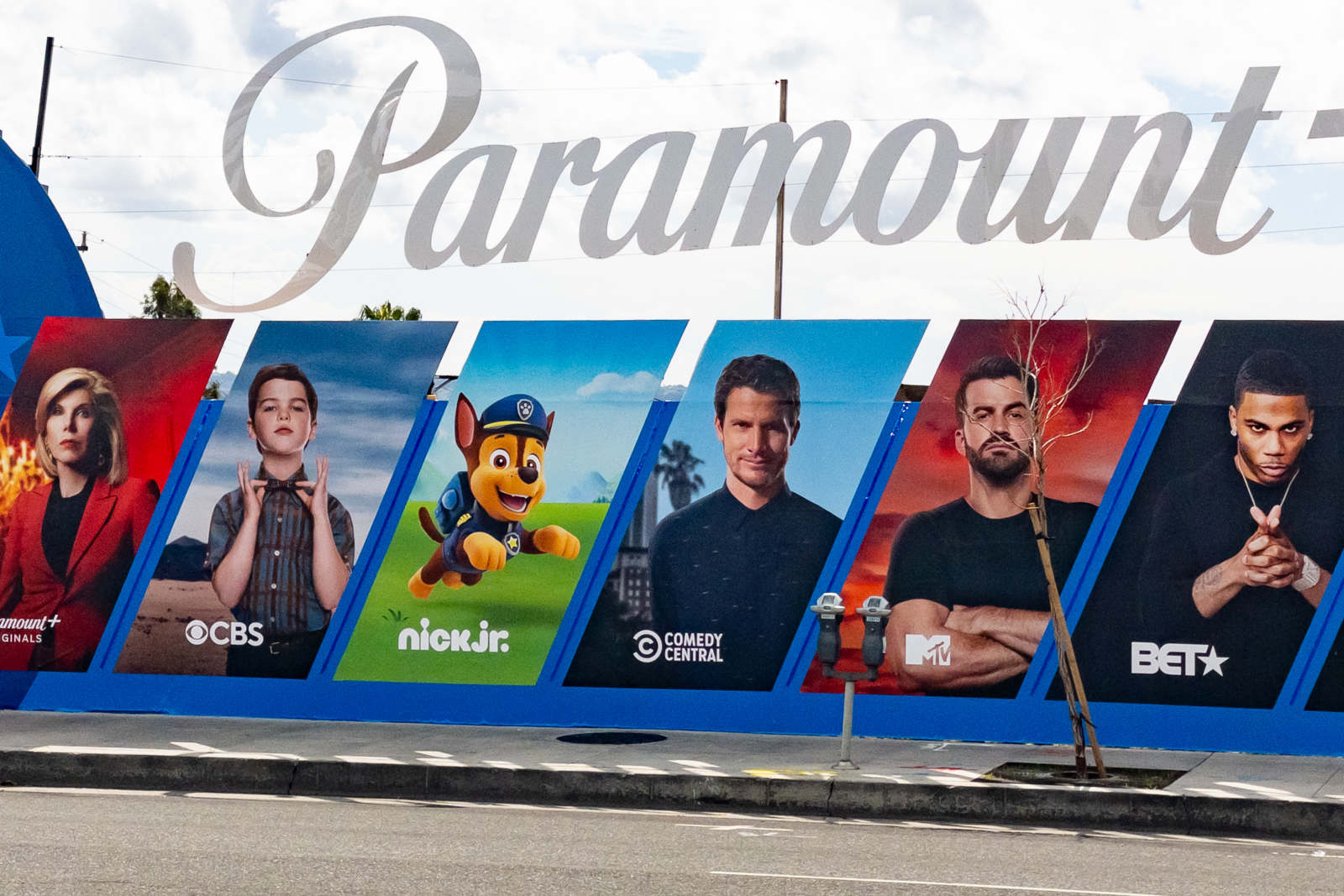 Paramount+ in launching in August. There are signs it will try and secure more sports content, like it has done in the US.CREDIT:GETTY

Ten is owned by ViacomCBS, which is preparing to launch its new streaming service Paramount+, a rebranded and expanded version of 10 All Access, in Australia in August. In the US, Paramount+ is already home to several sporting events including the UEFA Champions League.

The other major contender, according to the sources, is Stan Sport, which is looking to bolster its inventory of rugby and tennis content with another sport. Stan is owned by Nine Entertainment Co, the publisher of this masthead.

Both deals would involve a free-to-air element on either Ten or Nine’s secondary channels, but the vast majority of A-League and W-League matches would be behind a paywall on Paramount+ or Stan Sport.

Incumbent rights holders Fox Sports are not yet out of the picture and could launch a late bid through streaming subsidiary Kayo Sports, according to separate industry sources familiar with the talks. Fox’s deal to show the A-League, W-League, Socceroos and Matildas matches - which was dramatically revised after the pandemic - is due to expire at the end of June.

The A-League and W-League rights are being negotiated independently of Football Australia for the first time, with the club-run Australian Professional Leagues body steering all broadcast discussions for both competitions.

The APL is keen for a deal that offers significant audience reach to help arrest a worrying decline in ratings, crowds and general interest in the A-League, but needs to balance that with the clubs’ financial requirements - although a lower broadcast deal could be offset to some degree by private equity investment, which the APL is seeking concurrently.

It is one of four active tenders for football rights, with the UEFA Champions League, Socceroos and Matildas matches, and the 2023 Women’s World Cup also on the market in separate processes. This is a challenge for all potential bidders because they may want to buy up certain rights before others to ensure they have an offering that will be interesting for viewers and advertisers. The differing stages of all tender processes has made the ability to secure multiple deals at once more challenging.

The sources said Ten has tabled the highest bid thus far for the A-League and W-League - more than $20 million. If successful, it would become the first local rights deal to be struck by Ten for Paramount+, which has made football a cornerstone of its offering in the United States. Paramount+ is expected to launch locally on August 11 for $8.99 per month. It will provide about 20,000 episodes and movies currently run on CBS, Nick Junior, MTV and Showtime.

Ten has previously shown interest in the A-League, having launched a bid in 2019 for the competition’s free-to-air rights that would have seen two matches per week shown on the network’s primary channel. A final agreement was not reached.

Meanwhile, the industry sources said Seven has shown interest in the Socceroos and Matildas rights, which are held by Football Australia, and the 2023 Women’s World Cup rights, which are being sold by world governing body FIFA.

But complicating the discussion around the Socceroos and Matildas content - which includes future World Cup qualifiers and tournaments in the Asian confederation - is the uncertainty around international travel due to the pandemic. As it stands, the Socceroos cannot play matches in Australia unless the government grants visiting players and teams an exemption to train, play and leave the country inside the 14-day quarantine window.

As such, there is a chance that the team’s home matches later may be played in a neutral country and thus in a potentially difficult time zone for broadcasters.

UEFA’s deal with Optus Sport to show the Champions League and Europa League, meanwhile, expires at the end of this season.

Stan Sport is currently in talks with UEFA as they were the highest bidder for the rights behind Sports Flick, the mysterious Sydney-based start-up which failed to follow through on its $60 million bid last month due to financial issues. The company said at the time the European Super League controversy was its reason for doing so.

Optus has not shown any interest in the A-League or W-League, according to sources. Ten, Seven and Nine all declined to comment.

From 11/9/20
“And give potential for an increase in TV income.
Of course the broadcasters that do not rely on ad revenue may have ideas of their own.
CBS that own 10, have neglected the ptv arm, recently announced they are redoing the whole thing, CBS Rejuvenated themselves by investing heavily in sport.
Disney: well they own a lot of sport.
Amazon want more subscribers in oz, and that’s an opportunity, out of the PTV that I subscribe to, too many, I find them the cheapest and the best, adding $2 a month, or even a week....well.”

If Streaming companies are willing to pay that kind of money for a-league rights when their ratings are diabolical , imagine what they will pay for the 2 big codes. Stan also paid overs for Super Rugby and despite their statements that it has been successful their ratings must be seen as disappointing.
Stan, Amazon, Disney, Kayo, Foxtel and now paramount may all bid, and don’t forget Netflix.
FTA’s will feel need to up the ante and would do well to get more games on their channels

The issue is the infrastructure these outside streamers would need to put in place. Not cheap for a small market.

I wonder if they would even get there money back.
I guess willing to blow abit of money to get some momentum.

I cannot see Foxtel bidding more than this... not after the ratings what are being produced.

Stan May try and swoop in

I cannot see either super rugby or A-League being too attractive for any of the broadcasters in the nearfuture.
The big 2 are a different matter.
Come 2025 the picture (pun) will change greatly.
Paramount and 10. Amazon prime and anyone, Disney and anyone, money talks. Stan will need to be after more than Union. Channel 2 and SBS may well be after sporting partners. The sporting landscape will change and it will depend on which company thinks which sport is more valuable in Australia, if Netflix goes that way, and they probably won’t, but they could dominate every thing.
Every FTA station has the capacity for live broadcasts, and with a streaming partnership, all could cope adequately.
And if an fta and a couple of streaming companies do a joint venture for 1 sport, goodbye the rest,

You’d think the the second most popular sport in Australia’s biggest city would get bigger dollars ?

A-League on Channel 10 and Paramount+ going forward if reports are true. 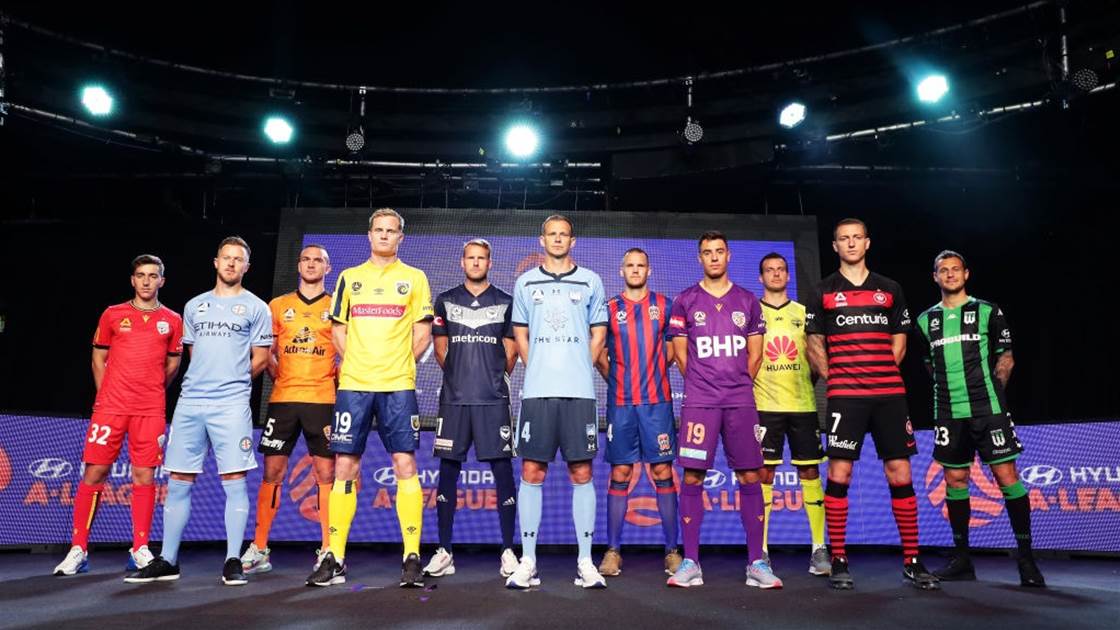 Multiple sources are now claiming that broadcasting rights for the A-League have now been won by Channel 10, its US owner ViacomCBS, and its new streaming service Paramount+.

This would confirm reports in the Sydney Morning Herald three days ago, that listed Channel 10 and Paramount+ as the likely victors, but said Nine platform Stan was still in the hunt.

The deal is still unconfirmed by the sport's governing body, but it's likely that the A-League will now be fully broadcast on the Paramount subscription service. Paramount+ launches in Australia in August and will cost $9 per month to subscribe.

only for A LEAGUE RIGHTS

Slightly more than i expected.

An interesting investment with the channel 10’s bosses buying a stake in the league..only 1 game per week on fta.

Was thinking the same thing. One game a week on Channel 10 may be a difficult sell to audiences, especially when teams involved in match ups may not have a local connection/interest.

leeroy*NRL* wrote: ↑Wed May 26, 2021 1:23 pm worth $200 million in cash and commercial contra, according to sources, and contains triggers for a further three-year extension.

Given the ratings the code is currently getting on Fox this deal must be a giant victory for the administration. It beggars belief Ch 10 is giving them a Saturday night prime time game on their main channel. It basically guarantees the Channel the lowest ratings of the broadcasters every single Saturday night. Incredible!!!!