Whether it be cricket, golf, basketball, tennis, boxing or any other sport - this is the place for you.
Post Reply
126 posts

be interesting to see the Numbers out of ENGLAND

since Sky Sports bought the rights.

Poor Kiwi's i give them a chance, but i feel they are destined for 2 World Cup losses in a row

The fifth season of the rebel Women’s Big Bash League (WBBL) was launched yesterday at Fortitude Music Hall in Brisbane.

The stars of the WBBL revealed the brand-new Majestic playing kits that will be donned by players across both the rebel Women’s Big Bash League and KFC Big Bash League competitions this summer.

The Seven Network will again broadcast 23 matches live this season, with a simulcast on Fox Cricket.

Kayo Sports will this year join Cricket.com.au and the CA Live App in streaming all 59 rebel WBBL matches this season which gives fans across the country the chance to watch the best women’s cricketers in the world.

Radio broadcaster’s ABC Radio, Macquarie Media and Crocmedia will continue their coverage of the WBBL, while Sky Sport will take all 59 games into New Zealand.

“Momentum continues to build into rebel WBBL05 as our teams prepare to open up inaugural standalone season next week.

“We’ve had some fantastic international signings in recent weeks as all players prepare for the ICC T20 World Cup 2020 in Australia, and we’ve seen the quality of the Australian team against Sri Lanka in the recent T20I and ODI series,” Dobson said.

“The players here today are itching to get back to their clubs and get the WBBL underway, starting with next Friday night’s season opener between the Sydney Sixers and cross-town rivals the Sydney Thunder at North Sydney Oval.

“It’ll be exciting to see the new kits in action for the first time, under the lights of North Sydney Oval, showcasing the vibrancy and action that we’re accustomed to seeing both the rebel WBBL and KFC BBL.” 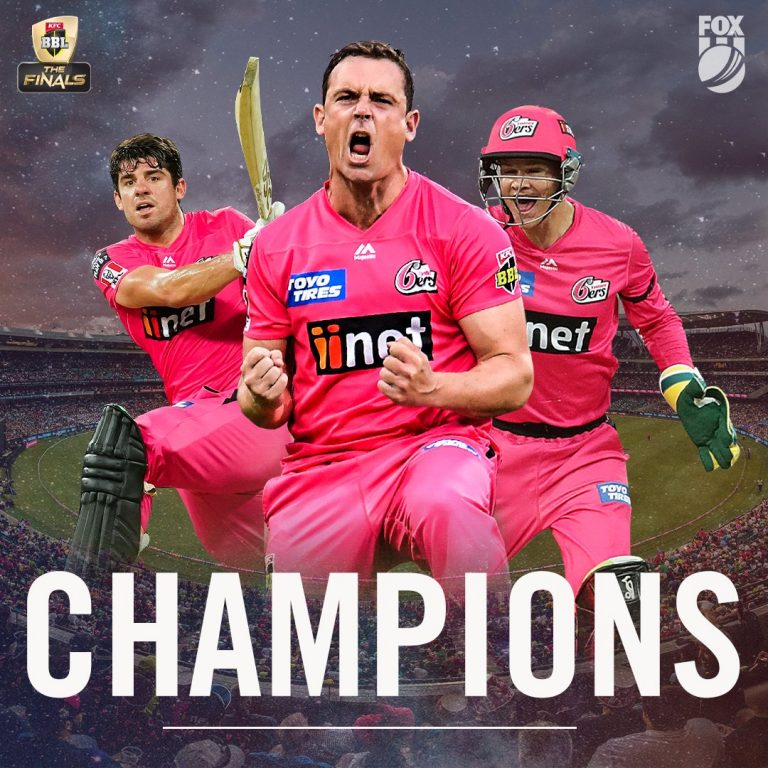 The crowds and ratings for the extended version of the bbl has really taken a dive...but no doubt CA Money men have run their numbers and worked out it’s the most money is to be made this way

Leagueiscrap
and she still changes your nappies as well!
pusseycat replys
Only when I have an accident.

This Season of Big Bash was quite different to previous years.

1. more matches were played
2. different final serials.
3. games were played monday to friday in afternoon
4. Bush fires affected games.
5. more games were washed out or affected than any other season (including the Final)
6. more games at smaller / regional centers
7. the final was actually a sell out but only 10k turned up> and somehow game was played. 80mins delayed and shorten

all this considering.. ratings and crowds held up well.

Return to “Other Sports”

Users browsing this forum: No registered users and 2 guests