For sport on TV, it's a whole new ball game

For sport on TV, it's a whole new ball game

Hmm, not a fan of Roy but he raises some very interesting points in his article below.

Soccer and Rugby Union in particular I would think should be very concerned.

Personally, I would love to see Channel 10 back in the game somehow with AFL broadcasts. Always wondered why they didn't at least pick up Saturday afternoon AFL when option was available. Channel 10 has gone downhill in a big way ever since they stopped broadcasting AFL in my opinion. I cannot think of any current programming on Channel 10 that would make even check them out when watching TV. Their tv ratings would suggest I'm not alone either.

Rupert Murdoch’s new media strategy – ‘‘get big, or get out’’ – has dire consequences for Foxtel and is therefore bad news for the future of Australian professional sport. Murdoch’s News Corp owns 65 per cent of the TV subscription service which funds 80 per cent of the broadcasting fees paid to Australian sport.

Murdoch, in order to scale up to meet the competition of the so-called Four Horsemen of the Apocalypse – Apple, Google, Facebook and Amazon, each of whom has a market cap over one $1 trillion – sold most of his 21st Century Fox TV interests to Disney, which is worth about a quarter of one online giant. 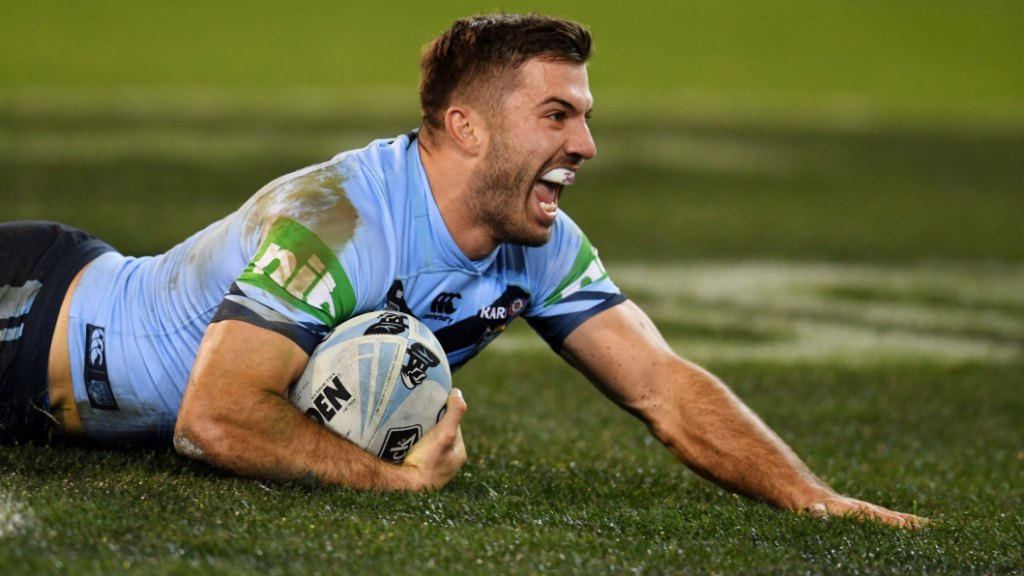 Options: Tech giants such as Google would be well equipped to stream big events such as State of Origin.Credit:AAP

The 88-year-old America-based media mogul, who once boasted he used sport as a ‘‘battering ram’’ to expand his global pay-TV empire, has now divested his pay-TV interests in the UK and India, two of the three biggest cricket-playing countries in the world.

This places a recently signed $1.2 billion deal between Cricket Australia and Foxtel at odds with what Murdoch is doing in the rest of the world. Apart from newspapers, Foxtel is News Corp’s only media asset.

The six-year cricket deal with Seven West Media was expected to drive Foxtel subscriptions and grow Kayo Sports, its wholly owned streaming service. But Kayo has only 290,000 subscribers and it needs five of them to compensate for the loss of one Foxtel subscriber.

Revenues have fallen 11 per cent, with Foxtel hit by the double whammy of churn and the average revenue per subscriber down.

This has caused profits to decline catastrophically (earnings before interest, tax, depreciation and amortisation were down 46 per cent), with a debt of $US1.68 billion ($2.4b) requiring urgent refinancing. Telstra, which owns 35 per cent of Foxtel, has refused to participate in the refinancing and News Corp has provided an immediate shareholder loan of $300 million.

With Foxtel’s locked-in billion-dollar deals, including the NRL and AFL, not expiring until 2022 and cricket four years later, News Corp was forced to disclose to the Australian Stock Exchange on Monday that it would cut investment in ‘‘non-marquee sporting content’’.

That’s bad news for Rugby Australia which, unlike NRL’s partnership with Nine, and AFL and cricket with Seven, does not have a free-to-air broadcaster. Rugby’s Foxtel deal is ending and ratings are poor, with some games shown at times only insomniacs love. Football’s contract is at the halfway point but one recent A-League round (five games on Foxtel and one on Ten) had a total audience of 100,000. A single NRL match can rate three times one A-League round.

Foxtel’s investment in other sports, such as V8 Supercars, will also be challenged and some will bleed to death via cost cuts.

Some analysts ask whether Foxtel will follow the path of the financial challenge of Channel Ten, which once broadcast AFL, cricket, V8 Supercars and had a specialist sports channel One HD.

Under the executive chairmanship of Lachlan Murdoch and his chief media advisor, Siobhan McKenna, Ten was forced into receivership and its only key sporting property now is the Melbourne Cup. McKenna led News Corp in Foxtel’s negotiations on the recent cricket deal.

Ten is now 100 per cent owned by CBS, one of America’s most successful broadcasters, screening NFL, college football and basketball. In order to derive a return on its investment, it will need to take a proactive position with sport in Australia. A Labor government has indicated it will strengthen Australia’s anti-siphoning laws, forcing more coverage away from subscription services towards free-to-air TV.

This is bad news for Foxtel but good news for Ten. However, free-to-air TV simply cannot afford to replace the Foxtel funding.

Anyone who has spent an eternity on the phone to Telstra seeking a change to a bundle package would not be surprised if the Australian telco doesn’t even have a future strategy for sports rights. Optus, owned by Singtel, has found the purchase of the English Premier League and Champions League works for them and may expand.

Industry experts suggest the long-term survival of Foxtel will be challenging. Colin Smith of Global Sport and Media believes that sport viewing on TV is facing the most profound period of change since the introduction of pay TV more than 30 years ago.

Smith said: ‘‘Sports, particularly AFL and NRL, must rethink their broadcast strategies, particularly how they capture Millennials who watch sport differently. Will they sell game highlights as a separate package? Fan engagement is the key issue. If sports want increased rights fees, they need to be more closely aligned with fans. They will need to convince fans to attend games, watch on TV, become members of clubs. Whereas AFL regards the fan who attends games as more important than the TV customer, NRL is possibly the reverse. The A-League is leaking fans quite alarmingly.’’

Smith explains that ‘‘cord cutting’’, the phenomena where fans disconnect pay TV and enjoy the multi channels of over-the-top TV, such as Netflix, has been one of the game changers.

‘‘Multi-channelling means the fan is now a far more elusive beast,’’ he said.

AFL chief executive Gillon McLachlan recently took a small team of executives to the US to woo the west coast-based Four Horsemen but the online behemoths have hitherto shown little interest in sports rights.

Furthermore, they are very sensitive to recent criticism of the little tax they pay in Australia and investigations by the ACCC. Google and company protest they are tech companies, not media organisations but ... suppose they became ‘‘frenemies’’ of Australian sport in the same way Google reached a revenue-sharing arrangement with Fairfax over advertising. The NRL and AFL could provide the content, which is already well advanced via their resourced digital media departments, and Google could be used as a media player and customer interaction centre.

A State of Origin match could raise infrastructure issues, where streaming services in the past have not been able to contend with the number of people wanting to watch. Optus experienced this problem when it tried to screen the football World Cup last year. However, this would be unlikely for a digital behemoth such as Google.

However, with anti-siphoning legislation, a free-to-air broadcaster would be required to join the partnership. This, together with the changing trends of watching sport on TV, could mean Google, NRL and its long-term incumbent TV network, which is now the owner of this newspaper, are all together on, let’s say, Cloud Nine.

Users browsing this forum: No registered users and 3 guests