Yeah, Stan numbers will be interesting. Do 9 actually put out Stan ratings though?????

Not at the present moment,
I figure in time they will, and it will be along the same lines as KAYO..
and still after all this time Kayo only produce some numbers every 1-2 months of some sports.
NRL AFL and Cricket but only a selection and give an Avg

A quote from SMH
during a Union Piece

Stan Sport does not plan on releasing its viewer numbers during the year.

he A-League’s mooted switch to winter could be off the cards with a potential new broadcast rights bidder, Stan Sport, indicating it would only be interested in a summer competition.

Industry sources have confirmed that Stan - whose first foray into live sport began on Friday night with the launch of the new Super Rugby AU season - has held exploratory discussions over the rights to the A-League and W-League, which are set to hit the market in the coming weeks.

The A-League’s current deal with Foxtel, a reduced one-year contract worth $28 million that was negotiated post-pandemic, is due to expire at the end of July.

Super Rugby could be beamed into pubs and clubs via smart televisions if Stan Sport is unable to resolve its deal with Sky Channel, which last week fell over on the eve of the competition’s opening round.

The Herald on Friday revealed the deal was pulled after a Tabcorp senior executive learned Sky Channel had reached an agreement without the consent of its parent company, Tabcorp.

Rugby fans in pubs across Australia were subsequently unable to watch the Force lose to the Brumbies in Friday’s first-round double-header. From this weekend Stan Sport’s rugby coverage will also include the popular Super Rugby Aotearoa fixtures from New Zealand, and later in the year, club rugby from Sydney and Brisbane as well.

While Rugby Australia remain hopeful a deal will be done as soon as possible, sources with knowledge of the Tabcorp deal have told the Herald a resolution is unlikely.

Tabcorp officials were initially concerned Racing NSW chief executive Peter V’landys - who is also the chairman of the ARL Commission - had not been consulted prior to the deal being done, and continue to see little upside to having rugby competing with racing for screens in pubs.

The other two providers of satellite feeds to pubs - Optus and Foxtel - are not viable partners for Stan as the former has limited coverage in venues across the country, and the latter not only lost the rugby rights to Nine but will be showing NRL and AFL. 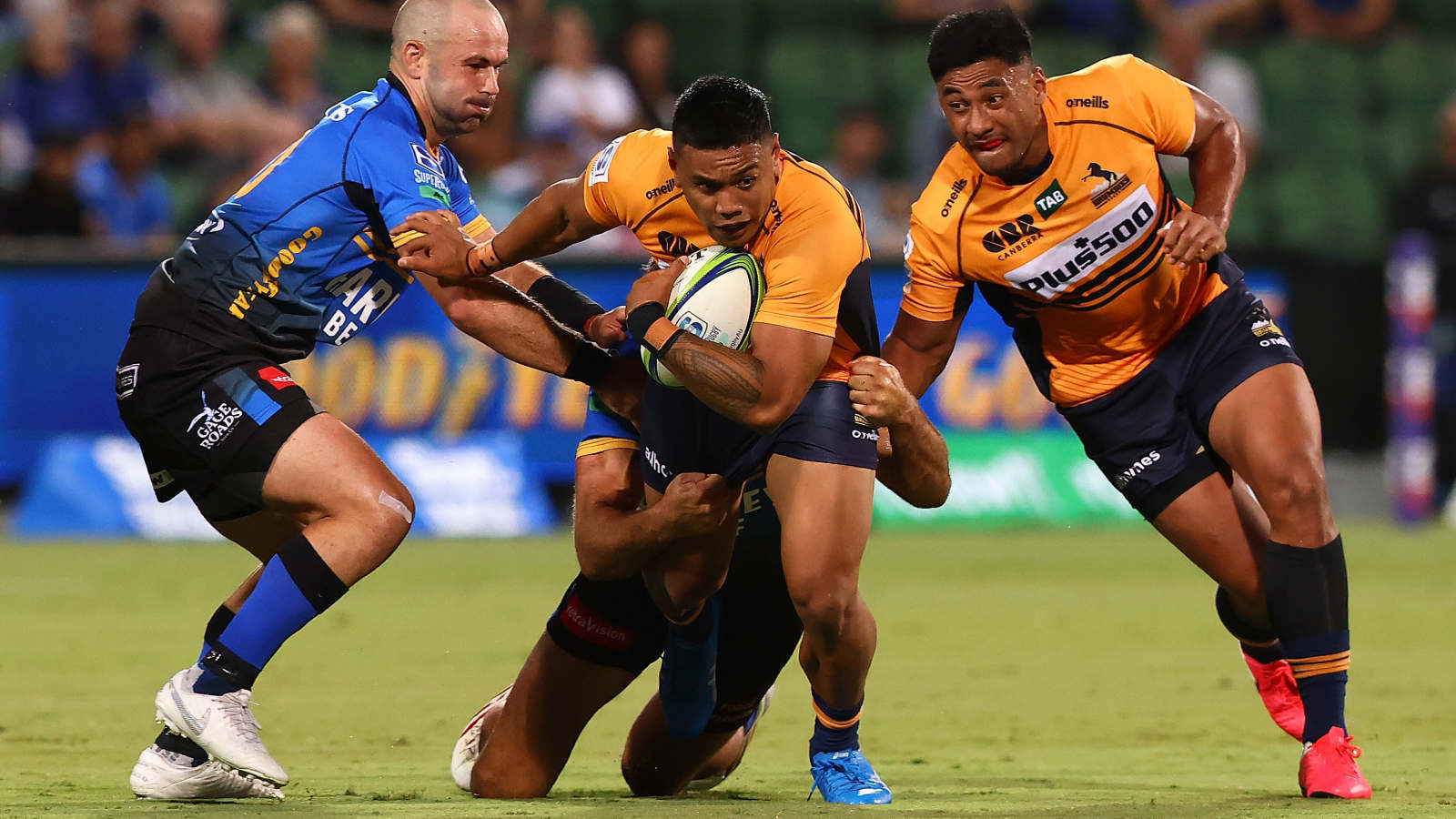 Pub-goers were unable to watch the Brumbies’ win over the Force on Friday night.CREDIT:GETTY

That has left Stan executives with little choice but to think outside the square.

Sources with knowledge of Stan’s strategy told the Herald streaming direct to smart devices - including televisions - was a viable option.

That would cut the need for a middle man with a satellite connection, and allow pubs which want to show rugby to do so either through smart televisions, Apple TV, Chromecast, Telstra TV or any other device which hosts the Stan app.

While that option is attractive to Stan, it could take time to roll out and means there is no set date when pubs and clubs will be able to broadcast rugby.

Sources with knowledge of the situation told the Herald it was highly unlikely the second round of Super Rugby AU would be broadcast in pubs.

While Stan work out a solution, both Nine and Rugby Australia executives were thrilled with the audience that tuned in for the Reds’ record-breaking win against the Waratahs.

The Herald has learned the match was watched by about 200,000 people across 9Gem and Stan Sport. About 150,000 of those viewers tuned in on Nine’s secondary channel and the other 50,000 watched via Stan’s new streaming arm.

Combined, the numbers tripled the total viewership for the corresponding match in the first round last year.

“We look forward to growing on this strong base as we continue to work closely with Rugby Australia, the teams and players to build our coverage throughout the season.”

“It was a great start to our new partnership with Nine and Stan Sport and a special thanks must go to Hugh (Marks), Mike (Sneesby) and their broader team,” Marinos said.

“The community response has been overwhelming. People have been telling me how much they loved the new look and feel of the broadcast, the accessibility of the games as well as the quality on display.

“This is just the beginning though and we look forward to growing with Nine and Stan throughout the Harvey Norman Super Rugby AU season.”

Would be a Pain for Pubs to log into the App on Stan and switch to the Union.

Fox ratings would be around the 50-80k for this clash in recent years.