Super Rugby crowds down in 2019

Super Rugby crowds down in 2019

Rugby Australia boss Raelene Castle has admitted there is no "magic bullet" in the fight to arrest the alarming crowd slide in Super Rugby as the Brumbies look to avoid a potential $100,000 financial hit this weekend.

Australia's only Super Rugby finalists recorded their second lowest home crowd averages in history this year (8509) and are pleading with fans to support them in their quarter final clash with the Sharks at Canberra Stadium on Saturday night. 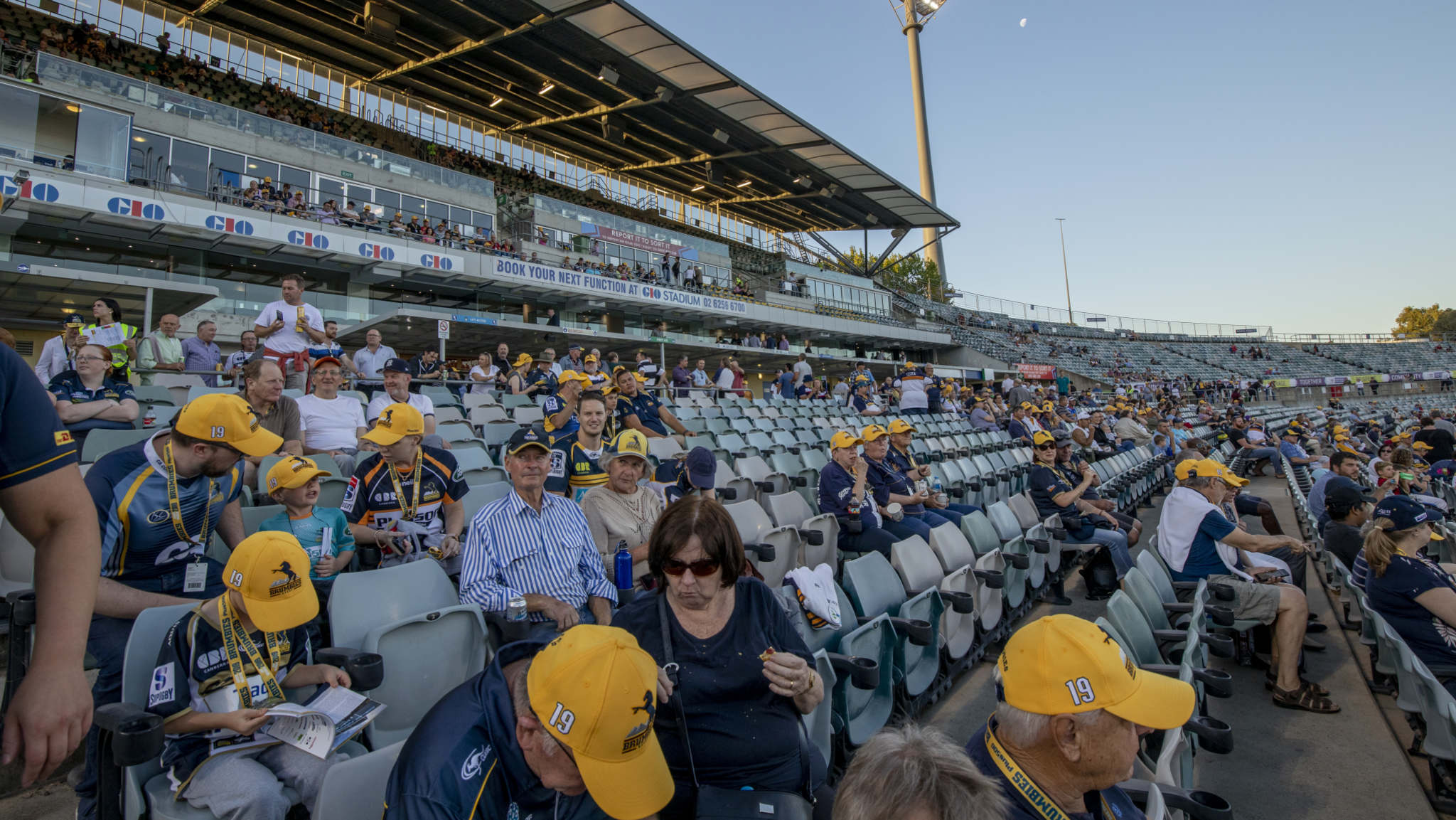 The Brumbies are begging fans to support the team against the Sharks at Canberra Stadium on Saturday night. CREDIT:SITTHIXAY DITTHAVONG

Regular season home game attendances across Australia's four teams fell one per cent to 10,450. The Waratahs were Australia's top drawcard but were still poor by their own standards, welcoming an average of just 13,069 through the gates for eight games spread across the Sydney Cricket Ground, Bankwest Stadium, Brookvale Oval and McDonald Jones Stadium in Newcastle.

The Reds averaged 11,352 - despite the Crusaders drawing their best crowd in two years (17,676) - and the Rebels also struggled. The Shute Shield's Manly vs Warringah northern beaches derby two weeks ago drew more than 8000 to Manly Oval.

Castle acknowledged the trend was a concern and said while competition reforms expected in 2021 would help there was no easy fix.

"Obviously it’s a concern. It’s a concern for sport across Australia really. There’s a lot of codes, particularly in the Sydney market, are finding that it’s quite challenging," she said. "There’s no magic bullet, it’s about a lot of hard work.

"The conference formula is probaly not ideal, it creates confusion and that’s why we’re going to a straight round robin in the new broadcast deal.

"It's a combination of working closely with the clubs, making sure we’re communicating well the upsides with fans, and working with our broadcasters in Fox [Sports] to make sure they’re doing all they can to help us, which they're really open to."

The poor crowds are putting enormous pressure on teams' finances. For the Brumbies, a home finals match should be good news, giving the team an on-field advantage and the business an opportunity to rake in extra cash through ticket sales. 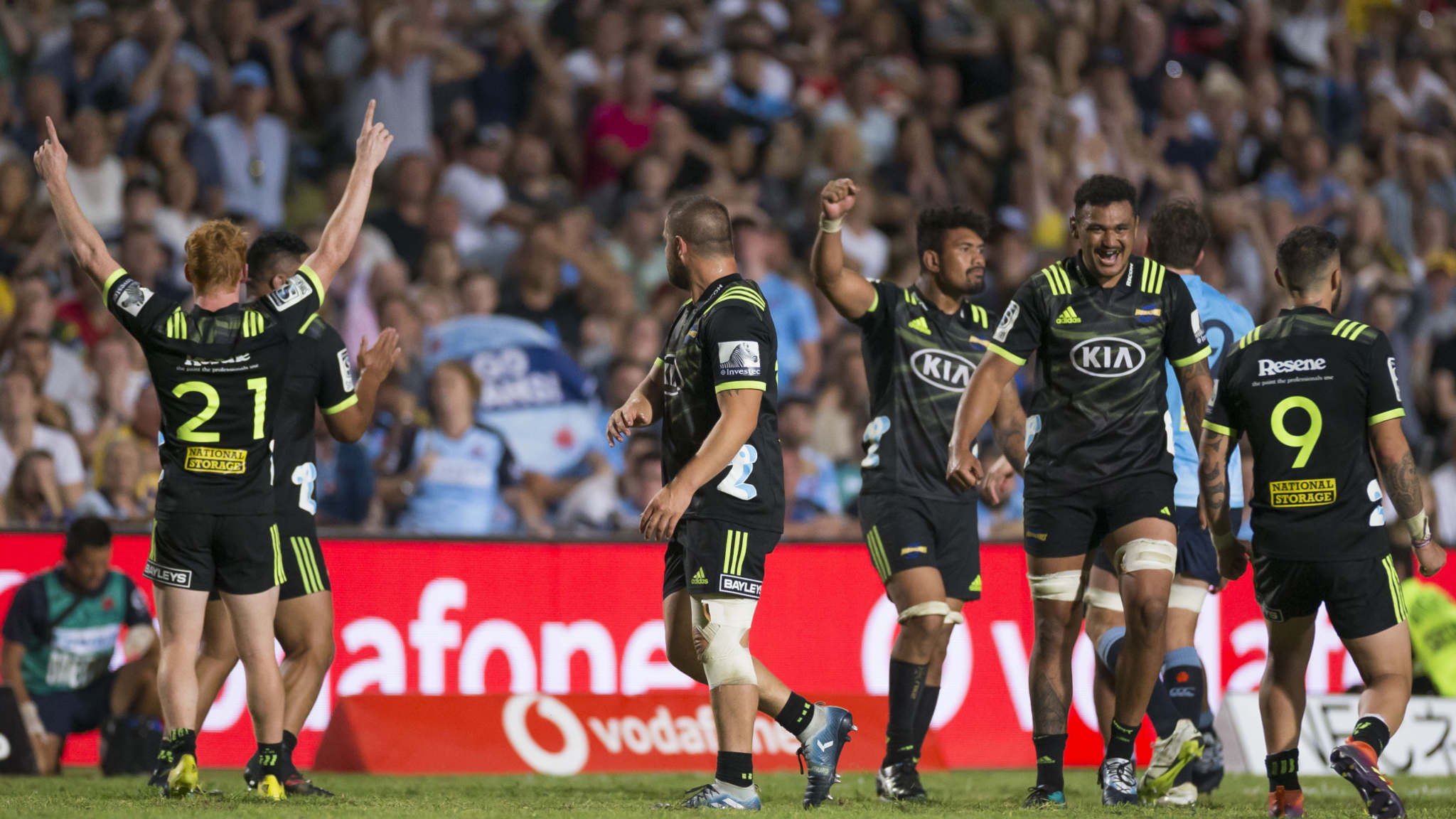 Brookvale Oval has been a hit with Waratahs fans for two seasons in a row. CREDIT:AAP

However, the Brumbies have to pay $75,000 to the Sharks as per a Super Rugby agreement to give visiting teams a share of the finals prizemoney.

The size of the Brumbies' prizemoney, however, will depend on how many people turn up to Canberra Stadium on Saturday.

A low crowd would mean dipping into their own pockets to cover costs. But it is hoped winning momentum will help carry them to a crowd closer to 12,000 or 13,000 instead of the 6311 who turned up to a clash against the Pretoria Bulls last month.

Crowd numbers jumped by more than 3000 last week when the Brumbies beat the Queensland Reds.

"The low crowds aren't sustainable from a business side of things. The people of Canberra need to show their support for the Brumbies and their appreciation for how they've performed," Brumbies boss Phil Thomson said.

"All teams across all sports are struggling with crowds. We have to find a niche in the market and we're up for the challenge of finding that point of difference," he said. "There's actually good crowds at the Shute Shield, broadcast figures show there's still an interest.

Rugby Union is dying a slow death in this country.

just keeps getting worse for Union>>>
little to know media presents besides when Wallabies Play.

if the NRL were Smart they would break there back..

as in Targeting Private schools more and transitional Union strongholds.