Which is the best football code? Here you can have it out with other football fans.
Post Reply
64 posts

what about all the other big sports i named..

PATS V RAMS Superbowl had RAMS not even score a Touchdown.

Why because Pats Defence was unbelievable that day.

this thread is about lopsided games


Yep, cannot be any more avoiding of the topic when the blowouts continue to highest point in rugby league history. Viewers on tv tuning out in the millions.

The average winning margin in the NRL is now the biggest in the competition's history.

Rugby League Central has been lauded for introducing the six-again rule, which has been credited with increasing fatigue and adding to the spectacle, however, that change, coupled with the increased travel demands on some teams, have created unexpected consequences since the game resumed from the COVID-19 lockdown.

Figures obtained by The Sun-Herald reveal the average winning margin between rounds three and 13 – the period since the season resumed after the lockdown – has blown out to 17.4 points.

The previous highest margin for a season during the NRL era (commencing in 1998) was 16.8 points, in 2002. That means blowouts since round three are now up 3.7 points on last year’s average, an increase of almost an unconverted try.

To put the figures into further context, the average winning margin during the past 22 years is 14.6 points.

There are concerns there could be a spike in lopsided results in coming weeks should weaker teams get blown off the park once they are no longer in finals contention. 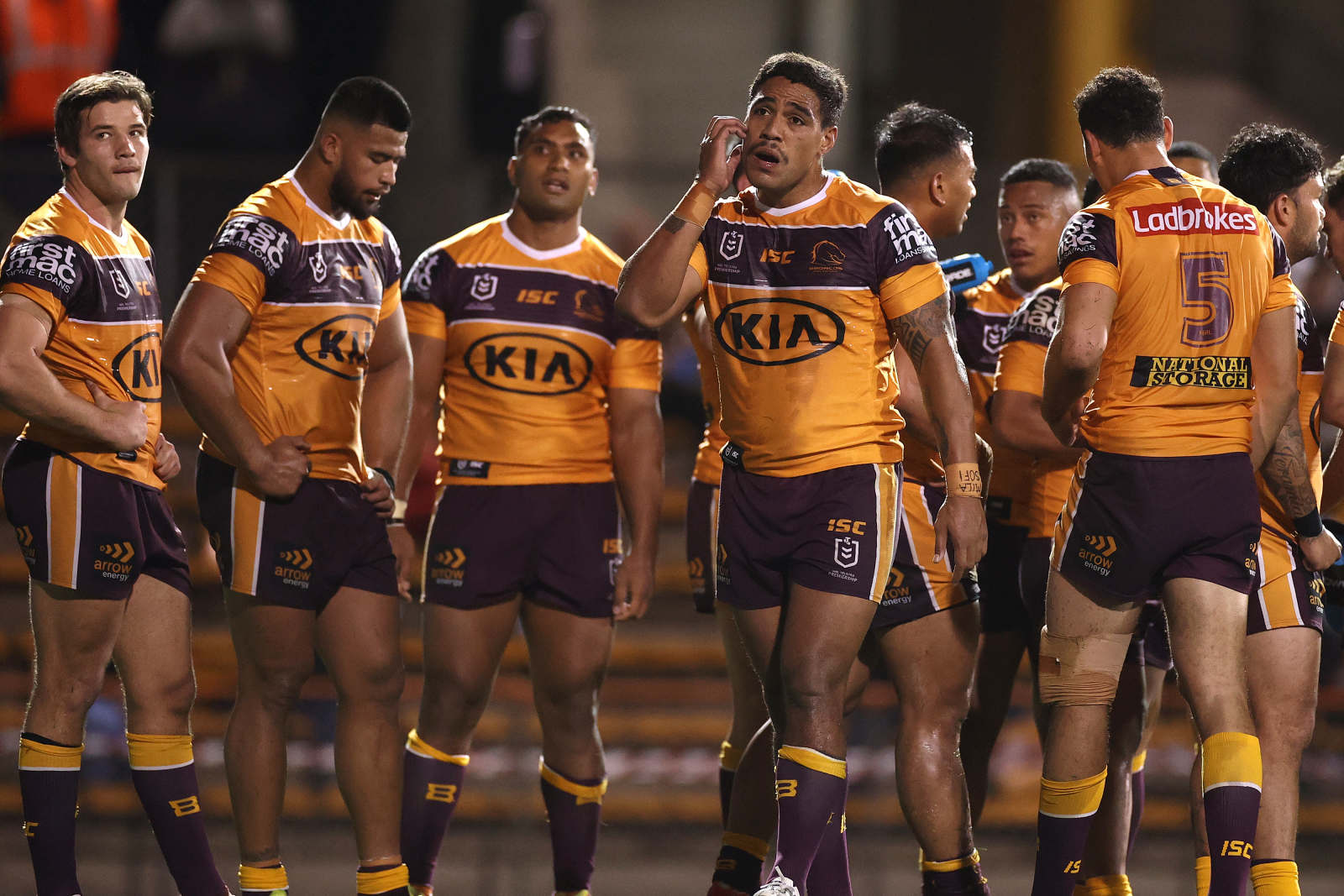 The Broncos have been consistently blown off the park since the competition resumed.CREDIT:GETTY

NRL head of football Graham Annesley said the end of the season would provide an opportunity to analyse a greater sample size before determining whether any further rule tweaks are required.

“We monitor statistics on a weekly basis,” Annesley said. “At the end of the season we pull together experts from right across the game, including the RLPA representing the players' perspective, to review the impact of the whole year.

“That data then helps guide recommendations that then go to the commission for final consideration. I think it’s premature at this stage to draw any hard and fast conclusions from any of it."

The six-again rule is one of several changes which have had an impact on the product. The game has reverted to one referee and introduced a captain’s challenge, while some teams have faced a number of new logistical challenges due to the coronavirus pandemic.

Other statistics point to a more free-flowing game when compared to the corresponding period (rounds three to 13) last year: there have been 32 fewer penalties; ball-in-play time is up 70 seconds to 55 minutes, 6 seconds; line breaks have increased by 1.8 to 8.4 a game; and there are now 7.5 tries a game (up 0.6).

"You would expect that margins are lower historically than they are now,” Annesley continued. “That’s because one of the great criticisms of the game was that defence had been dominating attack for a long period of time and that had made the game boring.

“The changes made over recent years have attempted to find a better balance between attack and defence.

“It’s a very delicate balance that needs to be done carefully. That’s why we get the best rugby league brains together at the end of the season [to review], and that’s why the commission very carefully considers any proposed change before it gets the green light."

However, there are concerns that bigger blowouts are one of the factors behind a disturbing decline in TV ratings. The Sun-Herald revealed last month that more than a million viewers – or a quarter of the NRL’s television audience – had tuned out since the ratings surge when the game resumed.

Global Media and Sports boss Colin Smith – who has previously helped the NRL broker its broadcast deals – said blowouts, coupled with the poor performance of the Queensland teams, were bad for business.

He said the decline of the Broncos in particular – a team that has a monopoly on the prime-time free-to-air slots – was a major factor.

“The Broncos are second bottom on the table with only three wins and, without having the hard numbers in front of me, the AFL is out-rating them because the Lions and the Gold Coast Suns are doing well in Queensland,” Smith said.

“Blowouts between the top and bottom teams [prompt people to say], ‘Why would I watch that?’” Smith said.

“That’s human behaviour. Clearly they are not staying on.

“If you support the losing team, will you stay for the entire game if you’re getting absolutely belted?”

Hod did the AFL go Beau